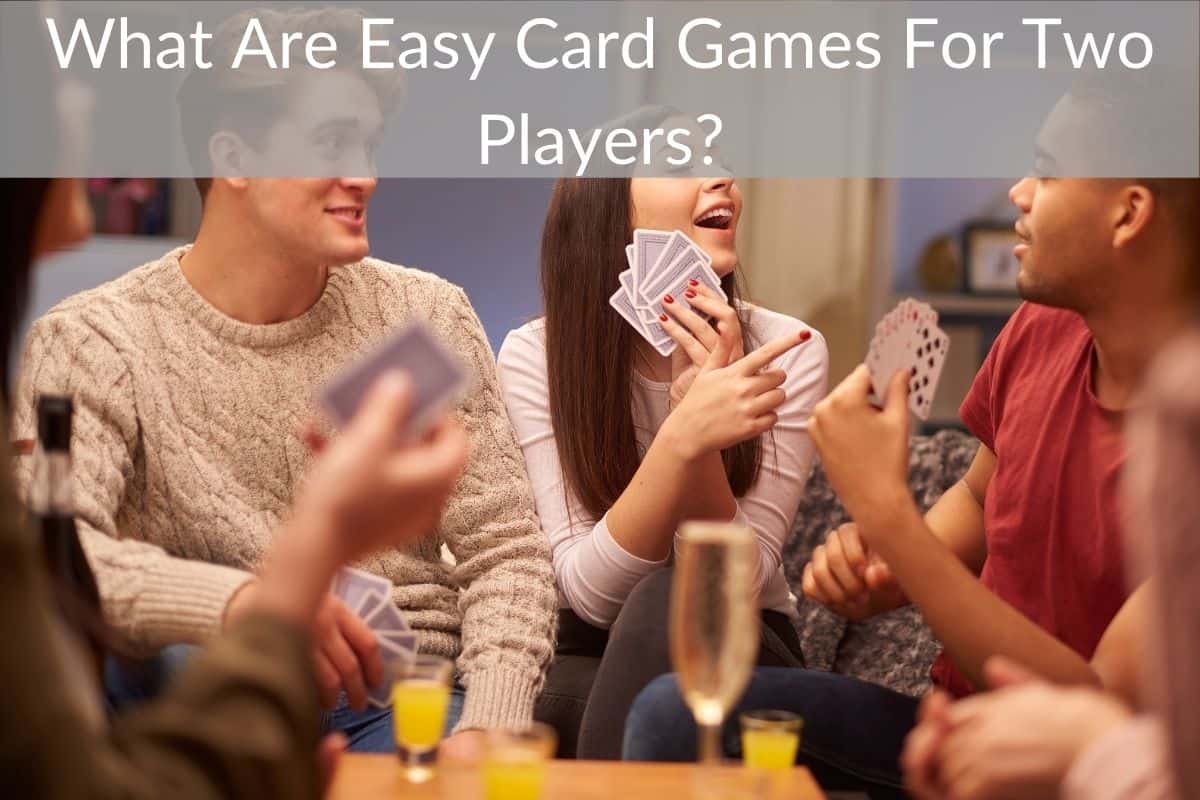 If you ever find yourself looking for something to do with you and your child, friend, or significant other, a lot of times it seems like it is either going to cost you a ton of money, or end up just sitting in front of the television.

A lot of games don’t tend to be very fun with just two people as either they are too easy when there is less competition, or some element to the game is removed when only one opponent exists.

For this reason, playing cards are one of the most versatile items you can have in your gaming collection.

They can be used for hundreds of games for any number of participants. Whether you are home alone, or have just one person to play with, there are a ton of options with just a standard deck of traditional playing cards.

Games like War, Slap Jack, Speed, Crazy Eights, Gin Rummy, and Egyptian Rat Screw are all great games to play between two players. They are fun and competitive while also challenging each player in multiple areas.

They also involve both luck and skill to win.

Other games that will work for two players are games like Uno, Skip-bo, and Exploding Kittens. These games aren’t ones that just take a 52-card deck to play, but you can certainly enjoy a round with just you and one other person.

Having some of these games in your repertoire will help you eliminate those boring days where you don’t want to leave the house. They can make sick days a little less gloomy or they can add some spice to date night.

They can also be used to teach your children things like matching, counting, and strategy.

Either way, you can enjoy a lot of card games with just you and one other person.

To see the most popular card games on the market today just click here.

What Is The Easiest Game To Play With Cards?

Card games can vary widely in their complexity and challenge level. Some games are more suited for experienced players, while others tend to be more welcoming to new players, or those that are young or inexperienced with games.

Playing cards can be a great way to introduce people to these different styles of games. Games like Spades where you play with a partner and it is very strategy driven won’t be fun for your five-year-old, or someone that hasn’t played high strategy games in the past.

In order to introduce players to games, it is better to start them off with easier games so they can begin to understand rules, and get familiar with cards in general.

There are a lot of games that are easy to play with a deck of cards, so let’s look at a few of the easiest games you can play.

Probably the three easiest card games you could play with cards are Go Fish, Old Maid, and Memory. Each of these games require no real strategy, are easy to teach, and are still fun to play.

Once players get comfortable with these games, they will know some core things that will help them to play more difficult games later on.

The requester then has to draw a card from the deck.

Once a player has 4 of a kind, they can put those cards down as a set. Play continues until all 13 sets are made, and the one with the most is the winner.

Old Maid is a similar matching style game, but instead of four cards, you only have to match two. Also the end objective is not to have the most matches, but to not have the last remaining queen (one is taken out at the beginning of play).

Memory is also a pairing game. The deck of cards is laid out in a grid, and players flip 2 cards over at a time trying to match cards. It is important to remember what cards you see so when you see a match you are able to pair them and collect them.

Like Go Fish, Memory is won by the player with the most sets.

What Are Some Easy Games To Play By Yourself?

There are times that you don’t have the luxury of having someone to play a card game with. When this happens, you don’t have to resort to finding something else to do as there are plenty of options available to you with a simple deck of playing cards.

Most games that are designed to be played alone follow the same basic format. Take a shuffled deck of cards and organize them into 4 sets of matching suits from ace to king. Though some games have different sets of rules or objectives, that is the general purpose of most single player card games.

These single person games are referred to as solitaire games.

The most commonly played game for a single person is Solitaire. Games with similar goals are Canfield, Klondike, Chain Solitaire, and Spider Solitaire.

Some of these games take one deck of cards, while others use multiple decks.

To play the most common game, Solitaire, you will deal out seven rows of cards. Each row will consist of one face up card, and then an increasing number of face down cards from zero to six.

The remaining cards are left in the deck, and this is your “hand”. You will then proceed to flip three cards in your hand at a time and match cards from King down to Ace in alternating colors. Aces can start the four piles that you need to fill from Ace to King by suit.

As you play, you will move cards from your hand, or in the playing field in order to uncover the remaining face down cards. When you feel it is appropriate, you can move cards from the field or your hand to their final set.

Once all the cards are in the final decks or you can’t move any cards the game is over.

Whether you are alone, have just one other person, or have a large number of people available to play a game, a simple deck of cards is all you need. There are literally hundreds of games that you can play, and all you have to do is shuffle them up, and deal.