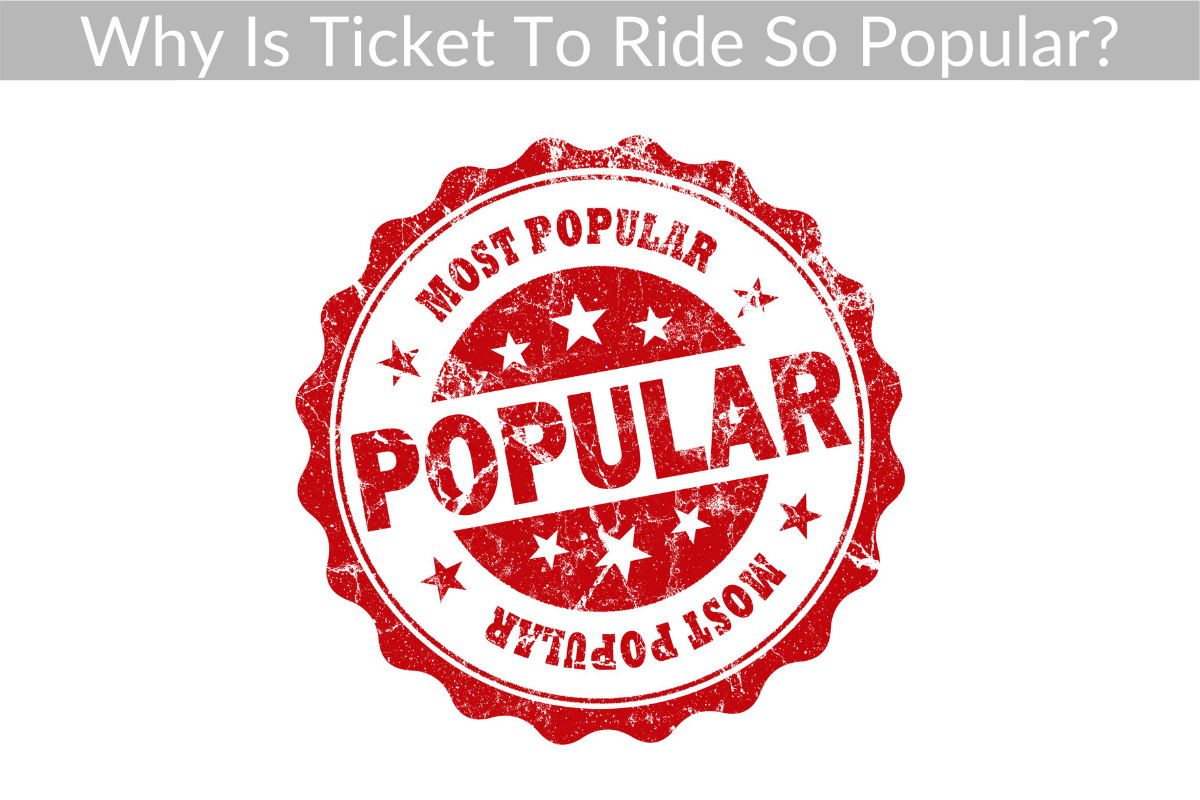 If you’re a board game enthusiast, then chances are, you’ve heard of the game called Ticket To Ride. This is a relatively popular game that although it is “new” (when compared to the classic board games) is still being played and enjoyed by millions of people and families already.

In the game, players are cast as travelers wandering the areas of the United States of America. Fittingly enough, the board game shows the map of the U.S.A. and Canada.

Ticket to Ride was created by an independent designer, Alan R. Moon. It was released in 2004, and up to now, is still being played by table-top game lovers.

One of the main reasons why Ticket To Ride is so popular is because it’s a strategy game but doesn’t take multiple hours to play (like Risk or Monopoly). It’s also popular because the different boards available (through expansion packs) allows for many different gameplay variations.

Because it’s a game of strategy, players will have  to make decisions throughout the game, but at the same time, it’s easy to learn and has fast gameplay as well.

Because Ticket To Ride is relatively easier to understand and play compared to other board games like Monopoly, for example, everyone in the family can take part in the enjoyment together.

How Popular Is Ticket To Ride?

Ticket To Ride did not garner much attention when it was first released. But such is the case for most new board games, especially considering that they’re competing with long-established names and games that have been around for many decades.

But despite having Monopoly, Scrabble, and the like as big competitors in the industry, Ticket To Ride made a huge impact and became extremely popular within the first decade of its release.

As of recently, over 3 million Ticket To Ride board games have been sold, earning the company slightly over $150 million in sales.

Owing greatly to its success, Ticket To Ride has collected quite the accolade of awards and recognitions. Some of its honorable awards include:

Though initially a board game, Ticket to Ride was later put onto the Internet and is now available for players to download for free.

This contributed to the game being more popularized, with millions of players having played the game over 100,000 times and others playing more than 40 hours a week!

The online version helped increase the company’s sales by 30% as well.

Now, Ticket To Ride is also available on iOS devices, Xbox, and Alexa digital devices too.

These digital versions have also been recognized as the Best Board Game, Best Strategy and Simulation Game, and Reader’s Choice Awards.

Those who have played the digital version of Ticket To Ride often want to experience playing the physical board game, which is another reason why millions of copies have been sold worldwide and it is still very popular.

Like the famous Monopoly game that has a card game called Monopoly Deal, Ticket to Ride is also available in an a la carte, called Ticket to Ride: The Card Game.

Is Ticket to Ride Loved by Everyone?

There’s no question that Ticket to Ride has been very widely accepted by most of the public, with millions of board games being sold worldwide.

However, like any board game, Ticket To Ride is not for everyone. Some people feel that the game is too simple to enjoy, especially after playing it a few times.

It goes to show that for many board games, its strength can also be a weakness. While some enjoy that it’s simple and can be learned in less than 15 minutes, others get tired of the basics and are looking for more of a challenge.

In essence, Ticket to Ride is more popular among the younger generations and tight-knit families. Because of its simplicity, it makes for a fun game that everyone can do together.

However, if you are looking for a little more challenge and more strategy, there are other options.

One tip to make playing Ticket To Ride more exciting and appealing is by trying out the different maps and expansion packs that they offer.

The game has a lot of expansions and spinoffs, perfect for those who are getting sick of the standard USA and Canada standard map.

These expansion games will often have additional rules and gameplay mechanics that make the game more interesting for those who have played Ticket To Ride and are starting to get bored with it.

Ticket To Ride was initially a game popularized in the United States, with the players traveling across North America in the game.

The basics of the game is that the players will have to obtain and collect train cards that they can use to claim routes and earn points.

Bonus points are given to those who complete the route/routes for their Destination Tickets, which means they have to connect the two cities that are on the card. If you fail to complete a destination card by the end of the game then you will have to subtract those points from your total.

On every turn, the players will choose the specific action they want to take, either to draw train cards, claim a route, or choose an additional Destination Ticket.

The success of Ticket to Ride has given the creators an opportunity to expand the board game more — and what better way to do that than by creating new maps!

The initial game was played on a map of the United States of America and Canada. Now, the game has various expansions and spinoffs, featuring maps from 17 destinations!

Here are some Ticket to Ride Maps that are currently available:

Some other maps, (Japan and Italy specifically), are set to be released worldwide soon.

Within the first 10 years of its release, Ticket to Ride has been widely accepted and welcomed in homes to serve as a fun and exciting family game.

The company behind it did right by putting it up online as a computer game and digitizing it for Apple devices and consoles as well. This is considering that the effort increased sales and also maximized the revenue.

Ticket to Ride will likely always be one of the most iconic and popular board games, not only in America but across the globe.

And it’s continuing its legacy and making more of an impact as they expand their reach and cater to more countries — as proven by their effort to release a Japan and Italy version soon.