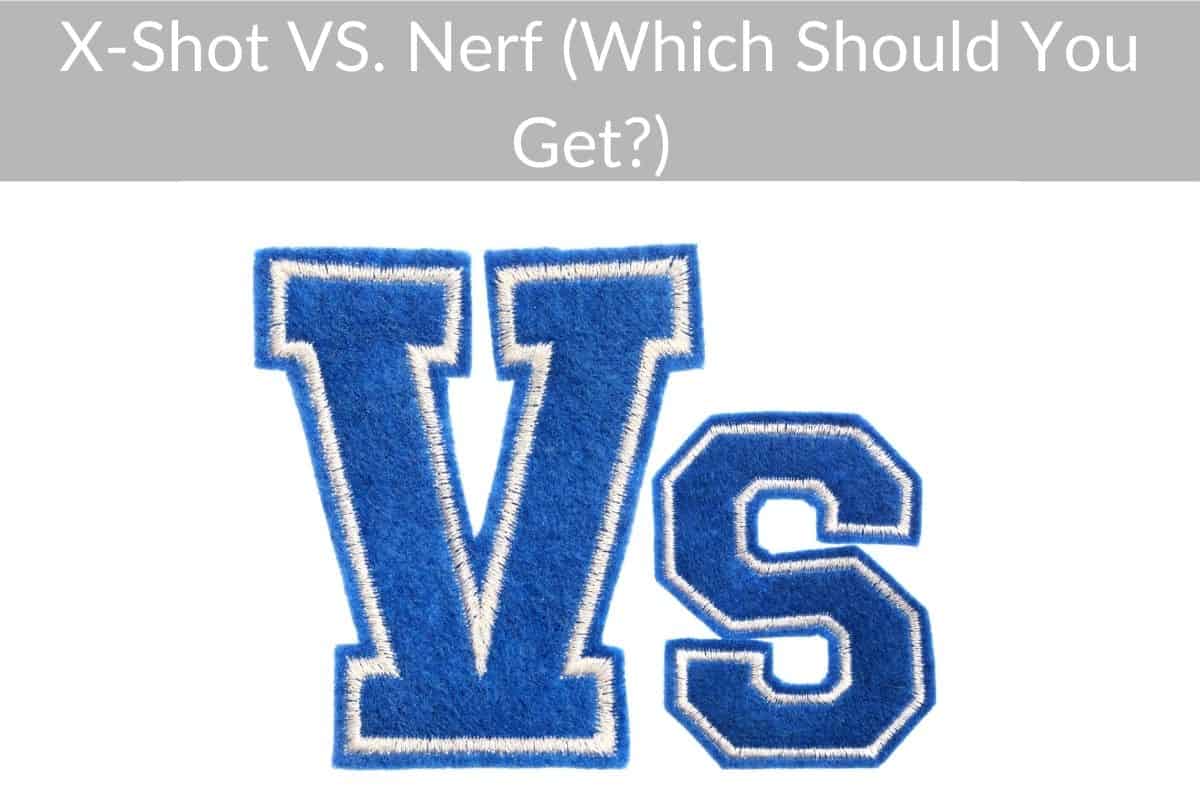 Life is full of competition and practically anywhere you look you can find competition. The world of dart shooting toy guns is no different as Nerf and X-Shot battle to try and win the hearts (and wallets) of consumers.

Back in school it always felt like a race to see who could finish their paper first, reach the classroom first, finish their lunch first, and so on. At the workplace there is competition to see who can be the best employee and who can produce the best results and ideas;  we even have parking spaces to prove who were the winners.

There is competition every day on the sports fields and off—everyone declaring their team is the best and competing against each other to prove who’s right.

Competition is also a constant theme throughout life, and ultimately everyone wants to come out on top and be the best.

When it comes to being a consumer, competition between brands can be a tad bit overwhelming. You walk down the aisles of the store and find so many similar products and it’s incredibly hard to tell the difference sometimes.

How do you decide whether Nerf or X-Shot is the best for you? Is there a big difference between the two?

Nerf offers more blasters and are more readily available than X-Shot. However X-Shot blasters are typically a bit cheaper than Nerf guns are despite their quality being similar.

If choosing between similar blasters from either X-Shot or Nerf I would always choose a Nerf gun simply because of their better quality and longevity. In my opinion, the little more money you would spend on a Nerf gun is worth the peace of mind in getting a blaster that will last for many years to come.

While X-Shot has not been around as long as Nerf, they are still putting out some great quality blasters. Since X-Shot is the underdog in this competition, there are a few disadvantages that they have though.

X-Shot does not have nearly as many blasters on the market as Nerf. They have fewer options and less series. The X-Shot brand is also a bit cheaper in price, but they are also a bit more difficult to find as well.

Since Nerf has more options and a “bigger” name, their products are readily available. In addition to Nerf’s huge line of products, their longevity has also helped to provide them quite a loyal fan base as well.

While these brands are both similar in a few ways, it seems to be there is one clear champion in this competition. Nerf is the better brand of blaster, as their slogan says, “It’s Nerf or nothing.”

What Are The Differences/Similarities Between Nerf And X-Shot?

When comparing two different companies and their product lines it’s important to look at both of them carefully to try and find any differences or similarities.

Specifically I want to look at the history, quality, and capabilities of the companies/products.

The Nerf company was founded back in 1969 with their first product being a polyurethane foam ball. It was sold as the world’s first indoor ball. They continued creating and innovating, and in 1989 the first Nerf blaster was introduced followed in 1990 with the power drencher.

Now Nerf has several series of guns and blasters being produced on a regular basis. In 1991, Hasbro purchased Nerf and allowed Nerf to continue as a brand name. Hasbro also helped in production and being able to sell Nerf products world-wide.

Over the course of the last 50 plus years, Nerf has proven they design their products not only in great quantity but with great quality as well. They have been proven as durable products and not just something that breaks within a few weeks of unboxing.

Their great quality products are what have secured them as a name brand these past few decades.

While the X-Shot may not have quite as long a history as Nerf, it does not mean it should be counted out just yet. Created back in 2011 by the company Zuru, X-Shot came out swinging with quite a few competitive products.

What made X-Shot stand out from other competitors was that it not only just fired darts, but it also fired water as well. They took two unique parts of toy guns and blasters and decided to combine them for a superior game time.

X-Shot continued producing those blasters and decided to one up themselves and create another blaster that not only could fire darts, but now it would fire discs as well.

Twice the foam weaponry is twice the fun!

They created a dual ammo system capable of taking play time to another level. They kept up their competitive spirit and decided that instead of dual ammo blasters they would focus their production on a single ammo system and improve the firing power and distance.

Not all guns/blasters are created equal. Some firing pins may give out quickly, triggers get stuck, spring loading snaps, etc… Which company has the better quality of blasters?

When X-Shot first came on the scene, their quality lacked a little something; however, they have since learned from past production design, and the quality stands up pretty well next to Nerf.

While they may not necessarily last as long as Nerf guns/blasters do, they still are quite durable and are made from great quality materials.

Overall, Nerf has a better quality blaster in my opinion but recent X-Shot blasters shouldn’t break too easily either.

Since X-Shot went to a single ammo blaster, their capabilities are similar to those of Nerf. Both blasters are designed to fire from over 100 feet away and with pretty decent accuracy. In addition to great firing power, X-Shot is also capable of holding a large quantity of darts per round as well.

While some Nerf guns have that as an option others can only hold a few darts at a time.

Overall (as I mentioned in the previous section) I feel like Nerf is still a better blaster and you will rarely go wrong when buying their products. However if you find an X-Shot blaster on sale then whoever you give it to should have many years of fun with it as well.

Are Nerf And X-Shot Compatible?

Since both of these toy blasters are incredibly popular it’s certainly possible that you can have both brands owned by one family. That would of course lead to the question of whether the darts are compatible with the other toy gun.

Nerf guns are designed for Nerf darts only so if you have an automatic loading Nerf gun it may jam when using X-Shot bullets. However both X-Shot and Nerf bullets will work just fine in the other toy guns as long as they are manual loading.

If you decided to get an X-Shot and a Nerf gun, there would be no need to worry about dart separation. However, even though the darts are generally compatible, this does not necessarily mean different accessories are compatible as well.

For example: you can’t/shouldn’t attach a Nerf scope to your X-Shot. It will be tempting to take your X-Shot clips/magazine and attach them to your Nerf, but do not.

Whether you are just shopping around trying to find that perfect blaster or just trying to branch out your collection, there is no doubt that Nerf is the better brand. This does not mean that X-Shot doesn’t produce good quality blasters, it just means that Nerf has better quality and quantity of product.

If you are looking for a company to place your loyalty with, Nerf is definitely the way to go.