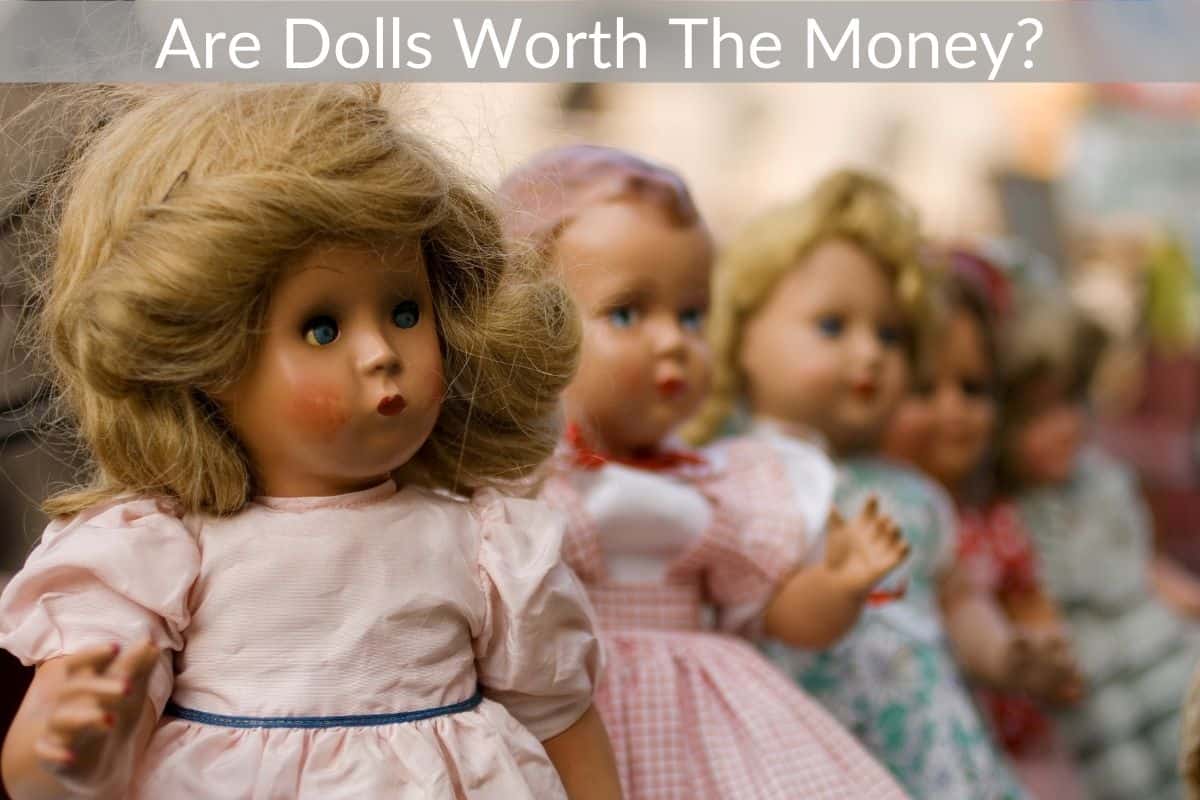 When we think of toys for children, we may wonder which toys are a good value. We may look at the various types of toys and then maybe do some research to see which toys will most likely get the most use.

However when you think of the money you will be spending on the toys. Is it worth the money to buy these toys?

Research has shown that buying a doll for a child is well worth the money. Playing with dolls can have far reaching psychological benefits for younger children especially.

Playing with dolls or other toys can mirror the life lessons being taught and can enforce the positive messages that are being conveyed to children.

Playing with dolls seems to be a brain-boosting activity for children.

Grooming sequences can be taught as well, and then later applied as children develop the fine motor skills.

Dolls are such a versatile toy.

Even when the family resources are scarce, there are dolls that could be purchased for an amount that should fit into virtually every family’s budget. There may also be extended family members or friends who have children who have outgrown their dolls that might be willing to pass those on.

Stand-in toys, such as dried corn-cobs or a molded piece of clay wrapped in burlap have been used in times gone by, when there were no dolls to be had. Children are resilient and very imaginative, and creative play can occur with limited resources, but having a toy that is closer to realistic representation is usually better if possible.

Dolls can stand in as friends, family, authority figures and community helpers during imaginative play. The scripts and story lines that can be woven while playing with dolls can take their imagination to another dimension, and be remembered for years to come.

As your children get older, they can even rehearse how they would act in various situations, so when the time comes they will feel equipped to handle those social interactions. Playing with dolls develops problem solving skills, emotional regulation and promotes lasting values.

A simple doll with just a few props is enough to spark imaginative play for hours. It’s a staple toy that doesn’t lose its appeal.

Neuro-imaging by scientists has been done recently, and the data shows how the brain is activated even when a child is playing alone with dolls.

Dolls are sometimes used for therapy after trauma as they can represent comfort, safety and security. Playing with dolls in role play can help children process strong emotions.

Playing with dolls can help a child when they are learning a language too. Communication between the dolls and/or children can strengthen their communications skills.

They might even practice “reading” to their dolls. They can communicate on a practical and manageable level without feeling pressured.

Since children are essentially egocentric, owning a doll can also teach responsibility, how to respect people and things.

They can learn how to carefully play with it, how to put it away, and how to keep it clean. This can translate to taking care of pets, or younger siblings later on.

Is There A Disadvantage To Mechanical Dolls?

Cheaper dolls will require your child to almost entirely use their imaginations when playing with them. However, in recent years more expensive dolls have come in the market that move, talk, eat, poop, and much much more.

Are there disadvantages to using these mechanical dolls or the simpler ones?

There could be a disadvantage to dolls that walk and talk. In this case the imaginative play is being done for the child by a battery operated object, and there will probably be less interactive role playing.

When faced with a toy that lights up, makes noise, or sings, a child moves into more of a passive position. They are more likely to watch the toy rather than play interactively with it.

What Are The Best Dolls For Children?

When looking to buy dolls for children, there are a few things to look for.

– Dolls that have realistic shapes and sizes, to encourage healthy body image.

– Dolls that are battery free.

– Dolls that are made of natural fibers (free from BPA, and toxic dyes)

Once you find a doll that has all (or many) of these features then it doesn’t really matter which brand that you choose. My three year old has enjoyed many hours of playing with dolls from the Dollar Tree so the dolls you get your children don’t have to be expensive or even a name brand.

Will Dolls Retain Their Value?

When spending a lot of money on dolls for your children you might begin to wonder if some of them will be valuable in the future as well.

Will they hold any of that value or are you basically losing all of it as soon as your kids start playing with the doll?

Most dolls won’t retain their value and will become virtually worthless (monetarily wise) as soon as they are taken home from the store and opened. Some collectible dolls will hold their value but only when they aren’t opened and are kept in perfect condition.

Even limited edition and collectable dolls can sometimes go down in value.

If you find a doll that you know your child will love, then the true value and worth is in how much they will play with it for years to come.

Many families have dolls they have passed on for generations. They may not have a monetary value or worth attached to them, but the stories told about them, and the scripts fashioned while playing with them are priceless.

Dolls may not make you rich by becoming valuable in the future, but they will definitely enrich your family’s life and increase life skills.

They will help to make your children more well rounded individuals with better emotional coping skills and empathy for other people. And you may find that you have a closer relationship with your children because of the interactions during free play time.