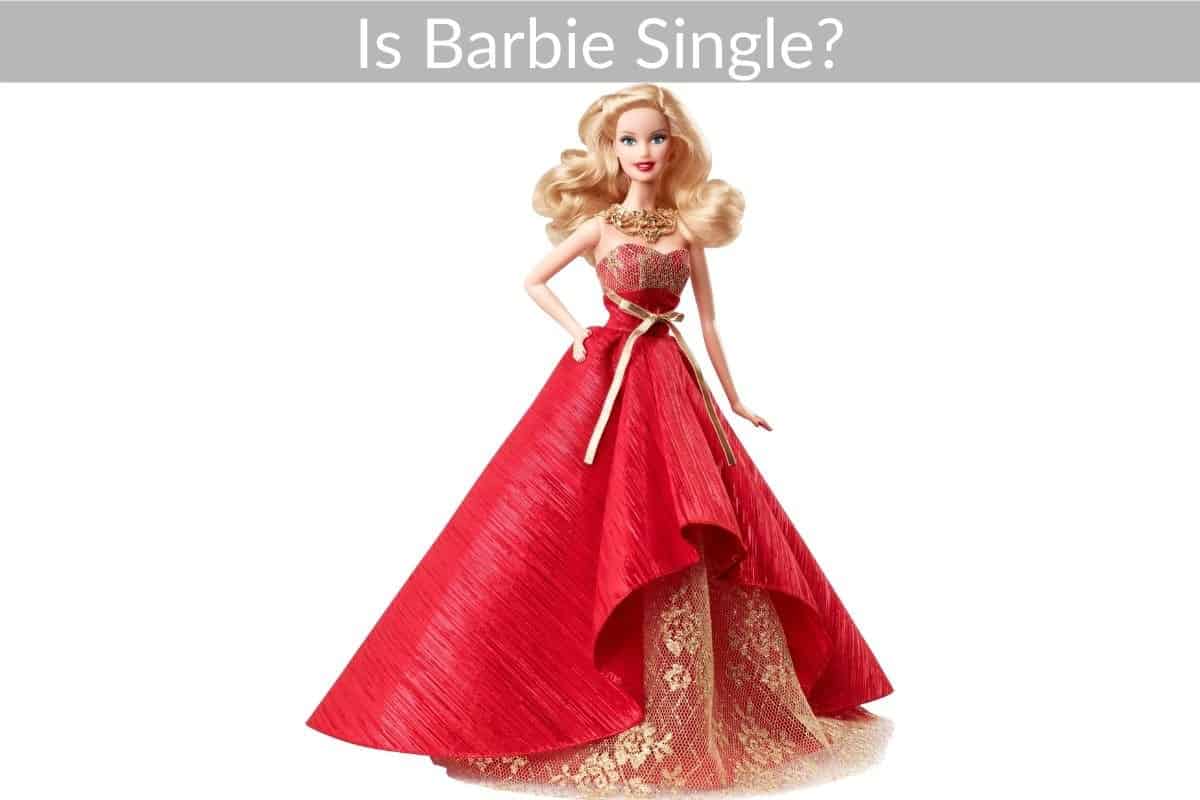 We all know about Barbie and Ken’s breakup in 2004. We also saw them getting back together in Toy Story 3 and heard the news of a wedding. However, no wedding pictures ever surfaced.

In fact, early this year, we heard rumors of Barbie dating a girl, which died down quickly.

As much as Barbie’s fans like to see her with people of their choice, Barbie is not single. In fact, Barbie and Ken have been in a long-term committed relationship for several years now.

In the future Barbie and Ken could break up again and Barbie could be single. However, as of right now Barbie is not single.

To see the most popular Barbie accessories just click here.

How Long Have Barbie and Ken Been Together?

While their current relationship stands at ten years strong, Barbie and Ken have been together off and on for over fifty-three years. Their relationship began in early 1961.

The two fell in love with each other at first sight in the Barbie Universe. Once they became romantic partners, Barbie introduced Ken to the real world.

In 1971, the couple moved in together into a three-story townhouse. Their relationship remained strong; they made the ultimate disco couple and got matching swimsuits in the late 1970s.

In 1984, they recreated their prom looks for each other and decided to go wild with their hair choices in 1992.

The increased popularity of the couple enabled them to move to a bigger, prettier home.

The deluxe dreamhouse featured plastic furniture instead of cardboard scenes for rooms in the townhouse. The house also had a beautiful terrace with plastic potted plants.

Shortly after, Barbie became a movie star after landing a cameo role in Toy Story 2 as Tour Guide Barbie and just when things seemed too good to be true in the Barbie Universe, Barbie and Ken broke up.

The breakup between Barbie and Ken took place after forty-three years of staying together.

Did Barbie Date Other Dolls After Breaking Up With Ken?

Barbie dated an Australian doll, DJ Blaine, after splitting up with Ken. Unlike his name suggests, DJ Blaine was not a DJ but a surfer.

He was vacationing in California in the Barbie Universe, which is where Barbie met him. It was also where Barbie and DJ Blaine were seen hanging out.

The news of Barbie dating an Australian bloke had made Australians and other international fans of Barbie very happy. However, Barbie’s relationship with DJ Blaine did not last long as Barbie got busy with a new career aspiration of running for the US presidential elections.

While the real-world fans of Barbie did not hear of any news of DJ Blaine afterwards, most hope that the buff and tanned Australian doll has continued to somehow surf on the plastic waves of the Barbie Universe.

Have Barbie and Ken Gotten Married Yet?

Barbie and Ken had broken up in 2004 for not having similar expectations from their relationship. Fans could see Barbie was trying on many different wedding gowns. Apparently, she was ready to tie the knot, but Ken was hesitant to do so.

Official Mattel Inc. sources had also claimed that Ken, despite appearing as a perfect plastic boyfriend, had a fear of commitment like most young men in the real world. However, while it seemed that a lack of commitment on Ken’s part had driven the couple away from each other, Ken was the one who didn’t move on from Barbie.

The popular male plastic doll took to Twitter to publicly confess his love and reminisce over fond memories he had shared with Barbie. He also went for a complete makeover to impress Barbie and keep up with her makeovers throughout the years.

He also landed a cameo role in the third part of Toy Story, the same movie franchise in which Barbie starred.

On the movie set of the film, Barbie and Ken realized their love for each other. They officially got back together shortly after the movie’s shoot was completed.

While there were some rumors of a wedding being planned as Mattel Inc. released some sets of Barbie and Ken dressed as bride and groom, no official news of the couple’s wedding has been announced yet.

Some speculate that Barbie and Ken might have tied the knot in a small, intimate ceremony in the Barbie Universe or that they might have decided to stay as romantic partners without getting into any paperwork.

Either way, the couple seems to be together and happy.

A little while ago, in early 2021, Barbie posted a picture of herself on her official Instagram account, barbiestyle, that sparked a lot of curiosity and hope among her fans. In the photo, Barbie and another female doll were wearing matching t-shirts with letters LOVE WINS.

In the caption of the picture, Barbie had talked about having a great time with the girl.

The picture caused young, gay fans of Barbie to picture her with the girl in the picture, who turned out to be an American blogger. Though Barbie’s official spokesperson did not comment on Barbie’s sexual preferences, they confirmed Barbie to be an LGBTQ+ ally.

They also reminded worldwide fans of Barbie that Barbie could be whoever they wish her to be, as she was designed so that kids could project their grown-up aspirations onto her.

While Barbie Doll is not a real woman, she and her life have a few elements similar to the lives of real women. It’s unclear if Mattel Inc. introduced those elements in Barbie’s life in an attempt to humanize her or to build on her legacy.

Nevertheless, their presence has succeeded in increasing the legitimacy of the Barbie Universe.

One such element has been Barbie’s relationships, and more exclusively, Barbie’s romantic relationship with Ken. Ken, despite his flaws, has become another reason for young girls to aspire to be a life-like Barbie.

Ken is smart and loyal, doesn’t shy away from confessing his love for Barbie in front of the whole world, and lets Barbie be strong and independent like she was always meant to be!