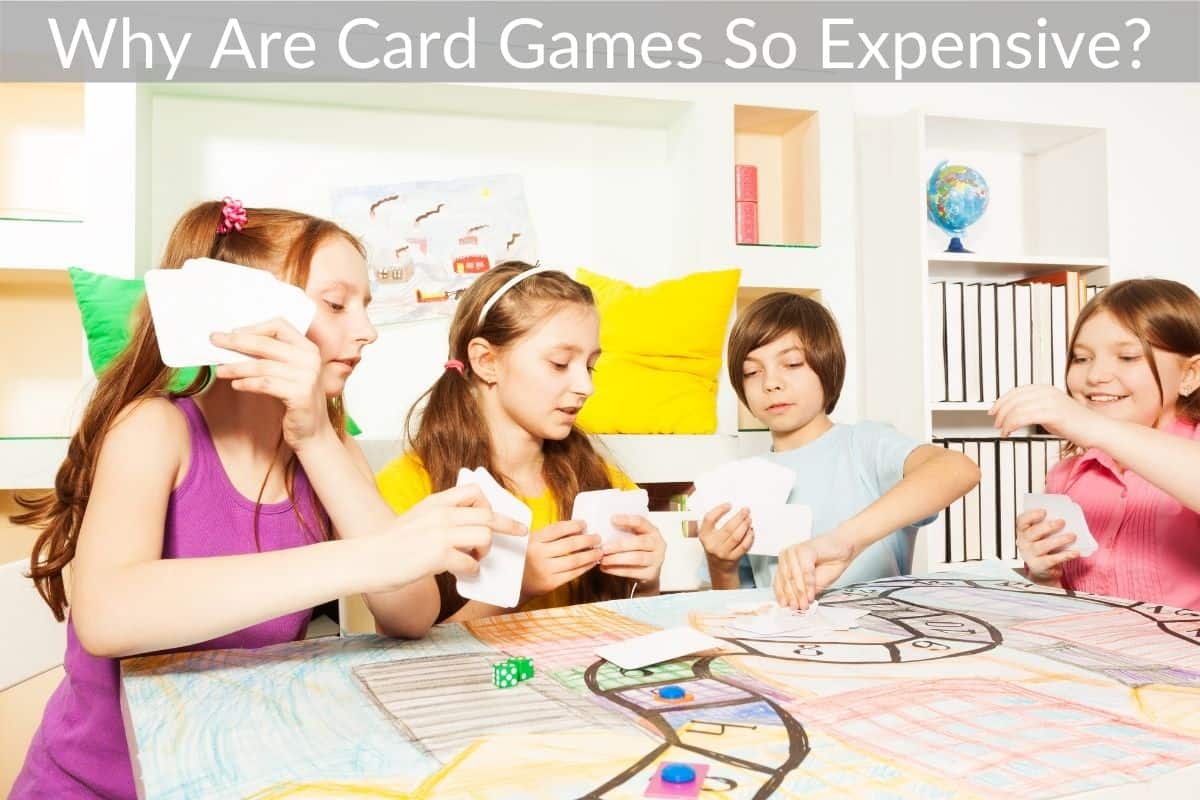 The entertainment industry has a very wide reach and there is something for everyone out there. People enjoy spending time with everything from books, movies, roadside attractions, magic shows, theater, sports, and games.

The number of things you can find to do in the world as “entertainment” is flat out astonishing. While the options might vary greatly, the price points at which you pay to enjoy these forms of entertainment can range from free to tens of thousands of dollars!

Entertainment is one of the largest expenditures that most of us are willing to extra spend money on. Generally speaking, people look to cut as much cost from their needs as they can so that they can spend more money on things that they want.

Entertainment is almost never a need, so when you want to be entertained, you are usually willing to spend a little more than you would on other things.

Card games are a form of entertainment.

They are something you can use to pass the time, gather your friends together, and even attempt to make a little money. The variety of card games is definitely in no shortage today.

From adult only games like Cards Against Humanity to very niche games like Magic: The Gathering, the different forms of card games will leave you astonished.

So what makes some card games so expensive?

Card games are expensive because of supply and demand, marketing costs, and artwork/supply costs. All of these have a part in how expensive card games are.

Part of it comes down to the basic pricing concept in economics: supply and demand.

As games rise and fall in popularity, you will see the cost of card games fluctuate a lot. Games that are new will be more expensive than games that have been around for fifty years.

In addition to this, some card games have a constantly evolving set of playable cards which can cause those cards to become more expensive.

Games like Pokémon, Yu-Gi-Oh!, and Magic: The Gathering update their “core” product often, and avid players, as well as collectors, continue to add to their collections as newer and more desirable cards come out.

The other thing that will separate games from the lower end of the cost spectrum to the higher end is cost of goods. Things like paper and ink to make the cards will always cost money.

Games that have more intricate artwork are going to cost more for this reason. Higher quality cards will cost more because the paper or plastic will be more expensive to purchase.

Artwork costs money. This expense is usually covered prior to sales, so early versions of a game might cost a little more than later versions if there wasn’t a lot of change in artwork.

Finally, marketing costs will be reflected in the price of your new game as well. At the end of the day, game publishers are trying to make money, and they have to sell their product in order to do so.

Like any form of entertainment, you can find card games at a variety of price points. If there is a game you feel is too expensive in stores, try looking for it second hand.

Look at thrift stores and discount stores. You can also go online to sites like eBay.

Many people sell used items every day. This is often a great way to get a game you feel is too expensive for you.

To see some of the top selling card games currently available you can click here.

Is It Profitable To Make A Card Game?

Card games are a very popular purchase for a lot of reasons. Many games can be found for under $20, and this allows most anyone the chance to purchase them.

What I mean by this is that card games can generally be enjoyed as much the first time you play them as the one hundredth time. This allows you to spread that cost of the game out over hours of enjoyment.

Most card games are published by large companies with very large resources with many of them having annual sales in the millions. Most of them have a very large variety of games that they sell which means that if one category in their portfolio is suffering, another might cover their losses.

This allows them to take risks when developing new games.

Independent game designers don’t have this luxury. If you are looking to develop and sell a card game, you might be worried if there is money to be made.

While the card game industry is very popular, and there are a lot of successful titles available, not every game is a hit. For an individual trying to publish and sell a game, there is a risk that people don’t find it popular or don’t like the concept and don’t buy it.

It isn’t all doom and gloom, however. Unique ideas for card games don’t grow on trees.

If you have an idea and can develop it into a playable game, there are ways you can market it, produce it, and sell it for a profit.

Not every game is going to be Cards Against Humanity or Exploding Kittens, but if you just want to get your idea out there and have other people play your game, you can use crowdfunding platforms like Indiegogo or Kickstarter. Using these sites, you can get your game idea in front of people in the early stages of development and before you sink your retirement nest egg into production.

You can use these markets to pre-sell the game and gauge the interest in the game itself.

There are hundreds of games that cycle on and off these crowdfunding sites every year. Many gamers want to be on the ground floor when new games come out, and purchase their games almost exclusively through these types of sites.

If your idea attracts enough attention, you could have the whole cost of launching the game covered, hundreds of copies pre-sold, and a garage full of games to sell on your own that are already paid for.

Not every game is successfully funded of course, but crowdfunding will help you to gauge the interest in your idea.

If you have come up with a great game, you could be on the way to starting a new company and being your own boss. If it isn’t successful, you now know that there isn’t a great chance of your game being popular enough to sell, and any money you spend getting it produced will likely be wasted.

Card games are a great form of entertainment. Though some games come with hefty price tags, others have very reasonable price points.

Card games can provide hours of enjoyment hundreds of times over. They can be a staple to your next game night, or enjoyed alone on a rainy day.