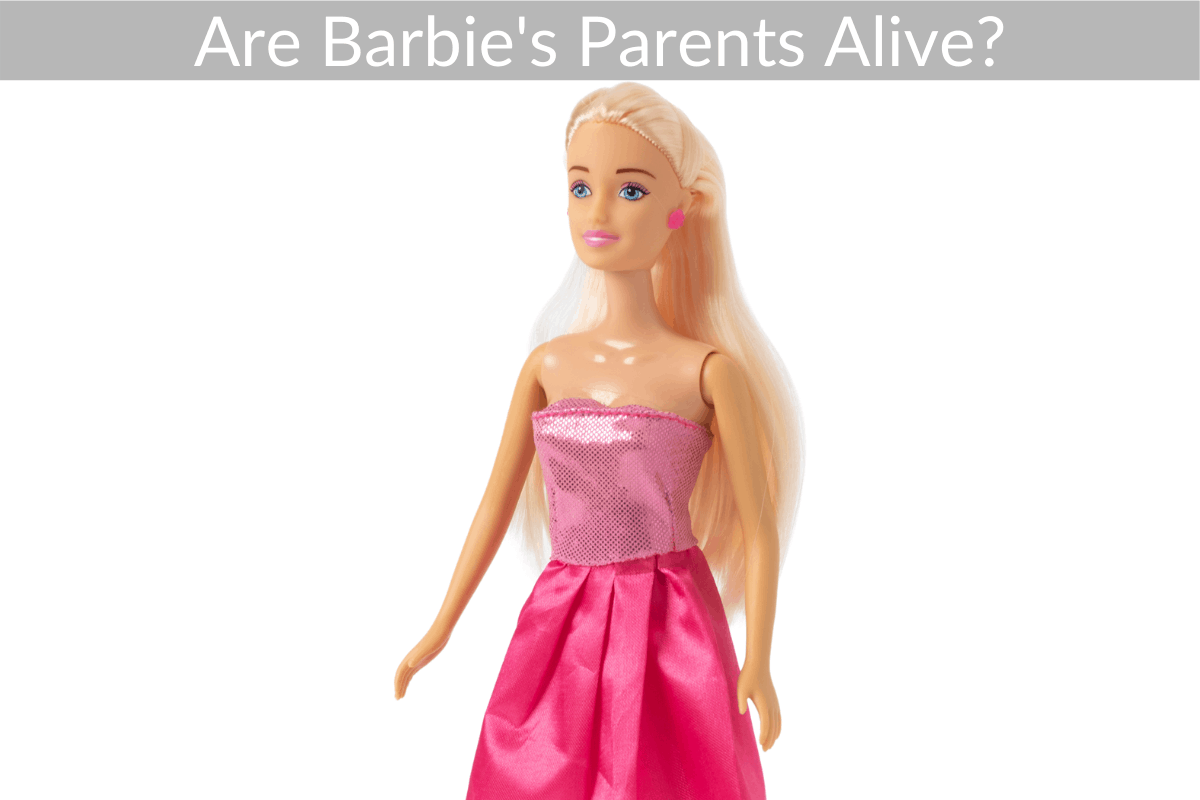 If you are a huge Barbie fan you might be wondering about her parents. Afterall, Mattel has released other Barbie family members but never her parents.

Does that mean they are no longer alive or has Mattel simply not put them into the Barbie world yet?

Although many people think that Barbie’s parents have died or were simply “never around” according to Barbie’s Dreamhouse Adventures Barbie’s parents are both still alive and active participants in her life.

The revelation is pretty surprising considering that it has been decades with no mention of Barbie’s parent at all. However, the truth is revealed in Barbie’s Dreamhouse Adventures on Netflix.

You can see for yourself in the video below.

Even after many decades since release we are still learning new things about Barbie (or they are just now being made up)!

Barbie fans found themselves astonished in 2018 after discovering that Barbie has a last name!

Given by her creator Ruth Handler, Barbie has the complete name of Barbara Millicent Roberts.

The Mattel Toy Company has even emphasized the meaning behind her middle name Millicent, which signifies “strong in work” or “industrious” in German.

This also explains why Barbie has quite a number of careers.

To learn more about Barbie’s family and friends you will want to keep reading. If you are interested in seeing which Barbies are currently the most popular, you can find them by clicking here.

So now that we know that Barbie’s parents are both still alive, let’s take a look at some of Barbie’s other family and friends.

Barbie’s father, George Roberts, is not in a doll form, but he made his few appearances on an official digital series called Barbie: Dreamhouse Adventures.

His character is originally written in a book but was never issued to be a physical toy for kids.

As Barbie’s father, he was introduced as an engineer. But later on, the creators decided to change his profession, so he started playing as a documentary filmmaker.

Mother of Barbie and the wife to George Roberts, Margaret is set as a homemaker in the original story.

However, in Barbie: Dreamhouse Adventures, she has been given the role of a computer engineer and the designer of their home. Margaret has a sister and her name is Millicent.

Ken has always been the boyfriend of Barbie since her fictional character existed in books and on screen. It was reported that the two had broken up and got back together after a short while.

Kenneth Sean Carson is believed to be the full name of Ken as long as anyone can remember.

An Estrela company oddly named the doll Bob in the book they produced called Barbie Doll Around the World.

Ken is Barbie’s next-door neighbor and one of her closest friends in most digital webtoon series. Barbie’s other friends include Stacey, PJ, Whitney, Cara, Becky, and many others.

Considered as one of the first few characters added to Barbie’s family, Skipper Roberts is the younger sister of the famous character.

In her debut appearance, Skipper was described as a young lady with hair colors titian, brown, and blond and a set of bright blue eyes.

But when the show reaired in 1996, the creators changed her character into a teen sibling of Barbie.

Skipper’s character has been constantly revamped in the different versions of the Barbie series.

Barbie and Skipper have two younger siblings named Tutti and Todd. They are twin siblings who were created to be unique. Hence, they have bendy and flexible bodies.

Tutti and Todd are usually sold together in one doll set. Unfortunately, the two siblings did not remain intact as the creators made a decision to introduce Lili Ledy and discontinue Tuti’s character.

On the 1990 Wedding Day Midge, Stacie was first presented as Kelly the flower girl. However, they then used the name Kelly for another younger character.

Todd and Kelly were set to be the new twin siblings in the story of Barbie until Todd’s character was discontinued.

And as usual, Barbie’s sibling characters were revamped once again and they replaced Kelly with Chelsea Roberts.

The exchanges and swaps made fans and avid viewers confused for a quite a few of the episodes.

Officially introduced in the year 2010, Chelsea Roberts is Barbie’s new younger sister. The creators describe her as a 5 to 6-year-old child and slightly taller compared to Kelly.

Her overall look resembles the previous sister’s character. Chelsea is consistently one of the main characters of the three famous Barbie series: Barbie: Life in the Dreamhouse, Barbie: Dreamhouse Adventures, and Barbie: Dreamtopia.

Now that we’ve covered a bit about Barbie’s family (and her many different sisters over the years) let’s look as some interesting info about Barbie.

Her existence was officially introduced when her inventor and Mattel president, Ruth Handler, deputed her character during the American International Toy Fair held in New York.

She was inspired by paper dolls

Inspired by the popular doll forms of her time, Ruth Handler decided to create her new doll through a three-dimensional figure.

She was getting more drawn to the idea when she learned that her daughter is fond of playing with paper dolls and pretending they were career women, cheerleaders, and students.

Barbie and Ken were named after siblings

One of the most famous fictional couples in the world, the names Barbie and Ken were inspired by the Handler siblings.

Handler’s son’s name is Kenneth while her daughter is named Barbara, who she named the doll after.

She is a Wisconsin girl

Barbie is fictionally born in Willows, Wisconsin. Her Midwest charm was evident all this time and this just explains why.

She has relatives in the UK

Francie Fairchild is Barbie’s English cousin who was introduced from 1966 to 1976. Her character was then established in 2011.

Barbie has a certified BFF and her name is Christie. She has been part of Barbie’s close circle of friends as well throughout the whole series.

Christie is also a famous character because she is the first African American Barbie doll.

Barbie’s character is a flexible doll that can be sold whether as a brunette or a blonde. However, the creators have seen more demand for blonde Barbie dolls so she is often purchased and sold that way.

Ready to groove and serve us her retro vibe, Barbie’s first outfit was a swimsuit. Its design was a vintage black-and-white striped swimsuit with an elegant little ponytail hairstyle.

No matter what decade, Barbie is an iconic doll that people of all ages grew to love over time. Barbie has been one of the childhood highlights that shaped the aspirations of young girls all over the globe.

I hope that this article has been helpful about answering your questions about Barbie’s parents as well as some other friends and family members.