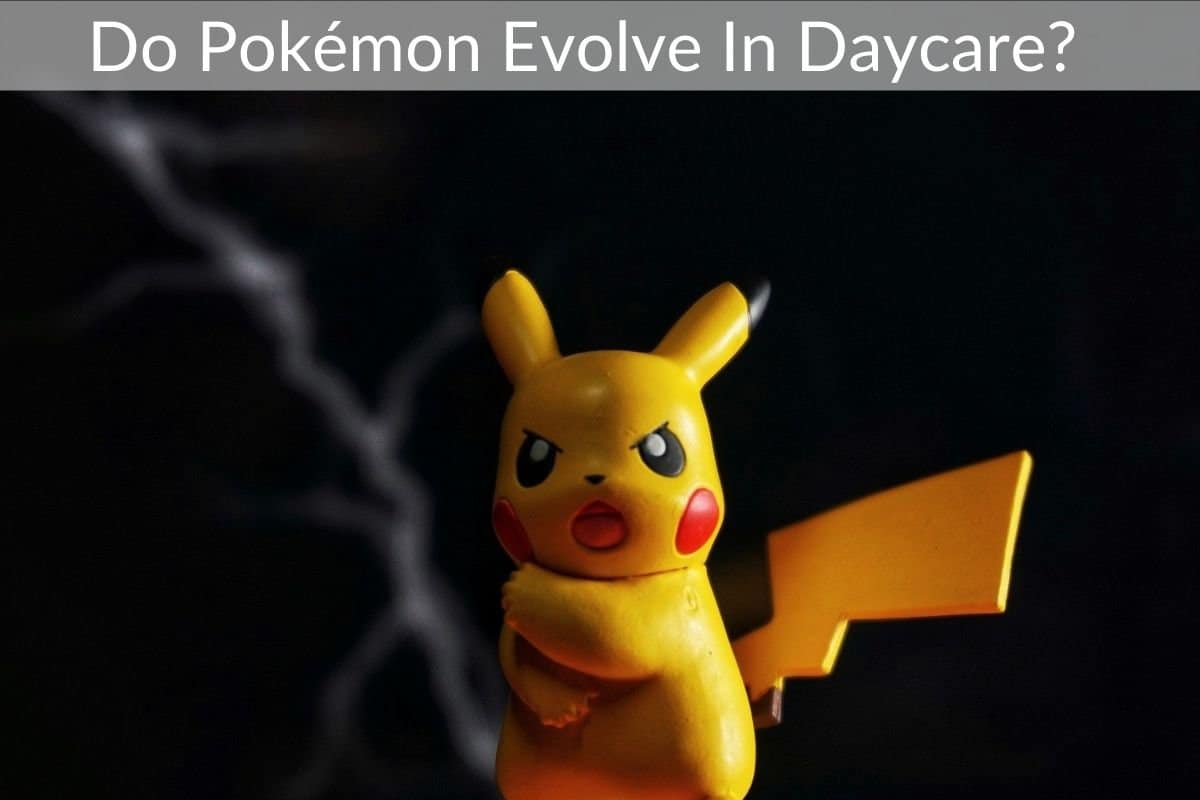 In the Pokémon video games there are daycare centers where a player can drop off their Pokémon. In these daycare facilities the Pokémon will continue to gain experience.

Will your Pokémon evolve while in the daycare?

Your Pokémon will not evolve while it is in daycare. It can reach the level at which it should evolve at but it won’t be able to actually evolve until you remove it from daycare.

It will not automatically evolve once you remove it from the daycare facility either. You will need to level it up outside of daycare in order for it to evolve.

What Does Putting Your Pokemon In Daycare Do?

You can decide to put your Pokémon in daycare to be raised by other people. While they will level up, they will not evolve while they are in daycare.

What does having your Pokémon in daycare actually do?

Pokémon left in daycare can gain experience while they are there. For every step that you walk your Pokémon that is in daycare will gain one experience point.

While Pokemon do level up in daycare, they are not able to evolve. They will, however, evolve once they level up outside of daycare. Though they do not evolve, your Pokémon will still learn new moves.

If your Pokémon has already learned four moves and then learns a new one, all the moves will be shifted up one slot. Which means that your Pokémon can forget the oldest moves that it knows. It can even forget a HM (Hidden Machine) move.

If you have a shadow Pokémon that you want to purify then you can drop him off at a daycare in Pokémon Colosseum. It will take time but your Shadow Pokémon will eventually be purified. However, in Pokémon XD you can no longer drop Shadow Pokémon off at daycare.

Pokémon left in a daycare center can also breed. If you drop two Pokémon off at a daycare facility there is a chance that you could end up with a Pokémon egg. The Pokémon must be opposite genders and be in the same egg group in order to produce an egg.

If you have a Ditto, you could always drop that off in daycare with any Pokémon that can breed and get an egg as well.

Does A Pokémon Daycare Delete Moves?

When you drop your Pokémon off at daycare you probably were not too concerned as to if it would forget any of it’s moves. Maybe you should be a little worried about that.

How Long Should You Leave Your Pokemon In Daycare?

How Do You Evolve Your Pokemon After The Daycare Center Has Raised It?

You dropped a Magicarp off at a daycare facility and left him there for a while. He leveled up several times. So, when you picked him up and he was at level twenty-two you were surprised to find that he was still a Magicarp and not a Gyarados.

At level twenty Magicarp should have evolved into Gyarados but because he was left in daycare, he did not evolve like he should have. So, what do you need to do to get him to evolve now?

To get your Pokémon to evolve after you have picked it up from daycare the only thing that you need to do is to level him up one more time outside of daycare. Once you have leveled your Magicarp to the next level he will then evolve into Gyarados.

There are many intricacies to the Pokemon universe and this applies to Pokemon daycare as well. I hope that this article has been helpful in answering your questions about this topic.