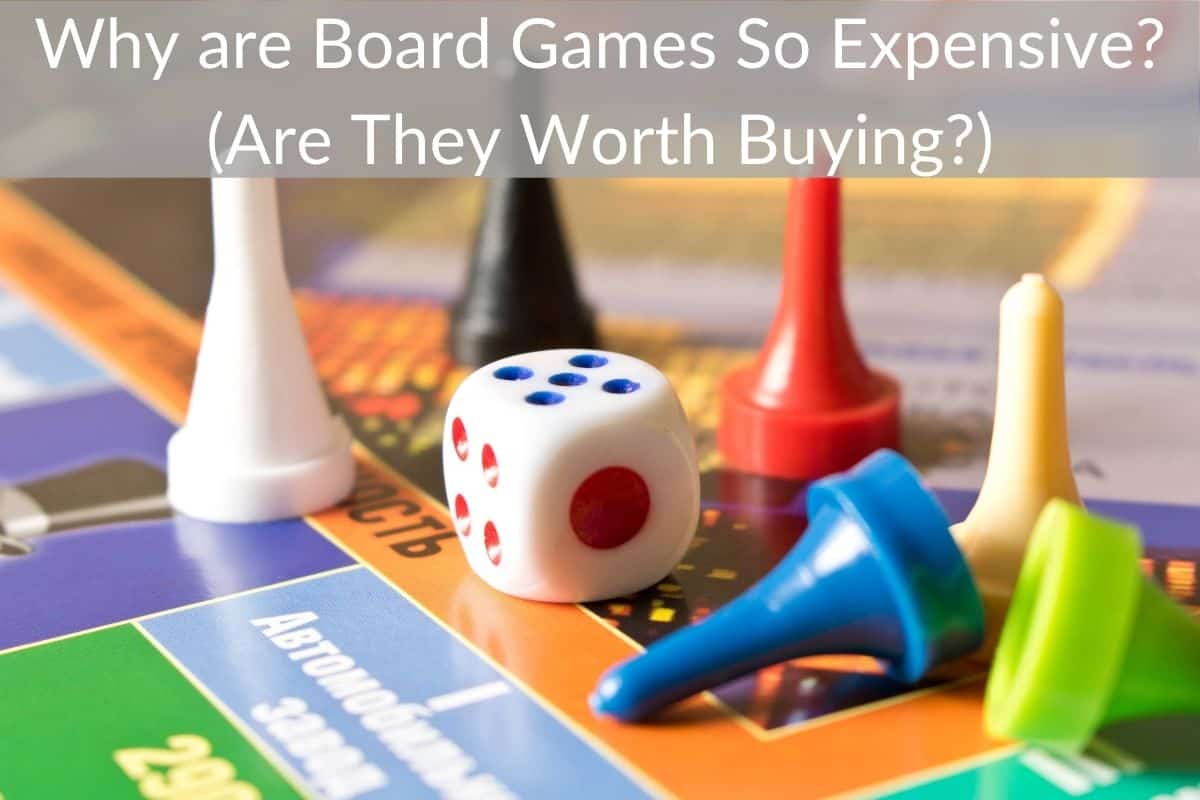 If you have recently been shopping for a board game to play with a group of friends, you have likely noticed that there is not a shortage of options. There are a ton of new board games that have hit the market over the last few years, and some of them look amazing.

Companies like Asmodee, Ravesnburger, and Days of Wonder continue to produce up and coming games that are taking the market by storm.

In the board game industry, there are also games available at various price levels. Your legacy brands like Mattel and Hasbro have very well recognized line-ups like Monopoly, Sorry, Clue, and most of the other top selling board games of all time.

These companies focus more on volume of sales so a lot of their standard games can be found in the $20 or less category. If you get a limited edition copy or a themed game, you might get up to about $30.

There are more specialty brands, though, that are developing new games and trying to capitalize on a market that is really high at the moment.

Games like Catan, Pandemic, Scythe, Villainous, Ticket to Ride, Agricola, and Caverna might not be well recognized in the general population, but they are very well known in the board game community. As game designers develop new games, smaller publishers are buying the production rights and selling this new generation of board games for anywhere from $40 to well over $100.

So when the range of pricing is so great, you have to wonder to yourself, why?

Why are some board games so expensive?

Most board games that are you downsize are produced by smaller companies so since they don’t produce the games in large volume to make a profit they keep the prices high.

When considering pricing on board games, there are a few other things that are going to affect the prices.

First, what price can the market bear?  Second, is there demand for the game? Third, what price do they need to sell it at to make a profit?

These are the key factors in pricing any product but especially products with lower production runs. Since not as many of each game are sold then making the game will be more expensive than on those games that sell hundreds of millions of copies.

Looking at board games, some of the components are expensive, some are not. So the cost to these publishers has an effect on their price range. Once that is decided, they have to evaluate two things in the market: is the game going to be popular and at what price does the game seem too expensive.

Considering the demand for games, right now, board games are very popular which increases the price for most games, especially ones developed in the last 10 years.

The art, the game concepts, and the themes have all come a long way in board games so more people are trying new games on a regular basis. If you can produce a game that appeals to the market, it is going to sell well.

Finally, costs are going to be a large factor in the price of board games. Most board games are not sold directly by the publisher as they are generally sold by retailers.

In this model, the publisher has to sell the game to the retailer for a profit they deem is needed to sustain their business. Once the retailer has the game, they then have to mark it up for profit as well.

The retailer takes more risk in this transaction, as if a game doesn’t sell, they still have the inventory. For games you can buy from the publisher directly, they have to take retail pricing into consideration in order to maintain a healthy relationship with their distribution network, so they will usually sell their games at the same price, if not more, than you will see at retailers.

How Much Should A Board Game Cost?

With the popularity of board games higher than it has ever been, you are likely wondering if some of them are overpriced. With games ranging from under $20 to well over $100, you don’t want to overspend on something.

When considering price, not all board games are created equal. Some games are mass produced in large quantities which lowers the cost of the components. Games like Monopoly sell tens of millions of copies a year on average and their game components are simple, and easy to manufacture.

They will also have large warehouses to store games for months that they have produced in bulk.

The game has been around for a long time, so the current price reflects these advantages.

On the other end of the spectrum, games like Gloomhaven (which retails for around $140) have a lot of components like cards, dice, cut-outs, a board, and the most expensive portion – miniatures.

Games like Gloomhaven are also still newer so they have a lot of marketing costs to contend with, the costs of the components are higher, and that is all taken into account with the price.

The average board game today is going to sell for between $20 and $60. Games on the higher end of this spectrum are either very popular (supply and demand) or have a significant cost in components.

Games at the lower end of the spectrum might be viewed as more of a commodity due to how long they have been around, or the components are inexpensive.

There are also great games at every price level.

You can have just as much fun with a $20 box of Exploding Kittens as you can with a $55 copy of Catan.

Although these games are drastically different prices, they are both very popular. If you are looking at a game over $100, I would suggest you research it extensively as not every game listed for over $100 will appeal to everyone, so be sure it is something that will interest you before buying it.

What Makes For A Good Board Game?

With such a large variety of games available today, you might want to take time to review what interests you in a game. Not all games are going to have mass appeal.

Some games are a lot more strategy heavy, and require a lot of thinking and consideration. Others have stories that have to be told over hours of gameplay.

Every game is different and unique, and a purchase is considered for different reasons.

Some elements that make for a good board game are: a clear objective, interaction, an element that keeps it fair, a steady pace, unpredictability, strategy, flavor, and most importantly it needs to be fun.

Each group of players will be different in how much each of these categories reflect in what games they play. Some will want strategy heavy games, while others might not like that as much.

When choosing a board game, it is always a good idea to do a little research. This is really easy to do these days, with reviews posted online of pretty much anything you might want to buy.

I would suggest looking at both the high reviews and low reviews of any game that you are considering. There is usually good information in both compliments and complaints that could help you decide if the game will be good for your group.

Board games are a great way to bring your friends and family together and enjoy each other’s company. They can be a fun and relaxing time, or they can be an intense strategy filled mental workout. The market is full of quality games that hit on both ends of the spectrum.

Though some might feel $60 is too much to spend on a board game, others look at the hours they will spend laughing with their buddies as they try to win and think that it is well worth it.