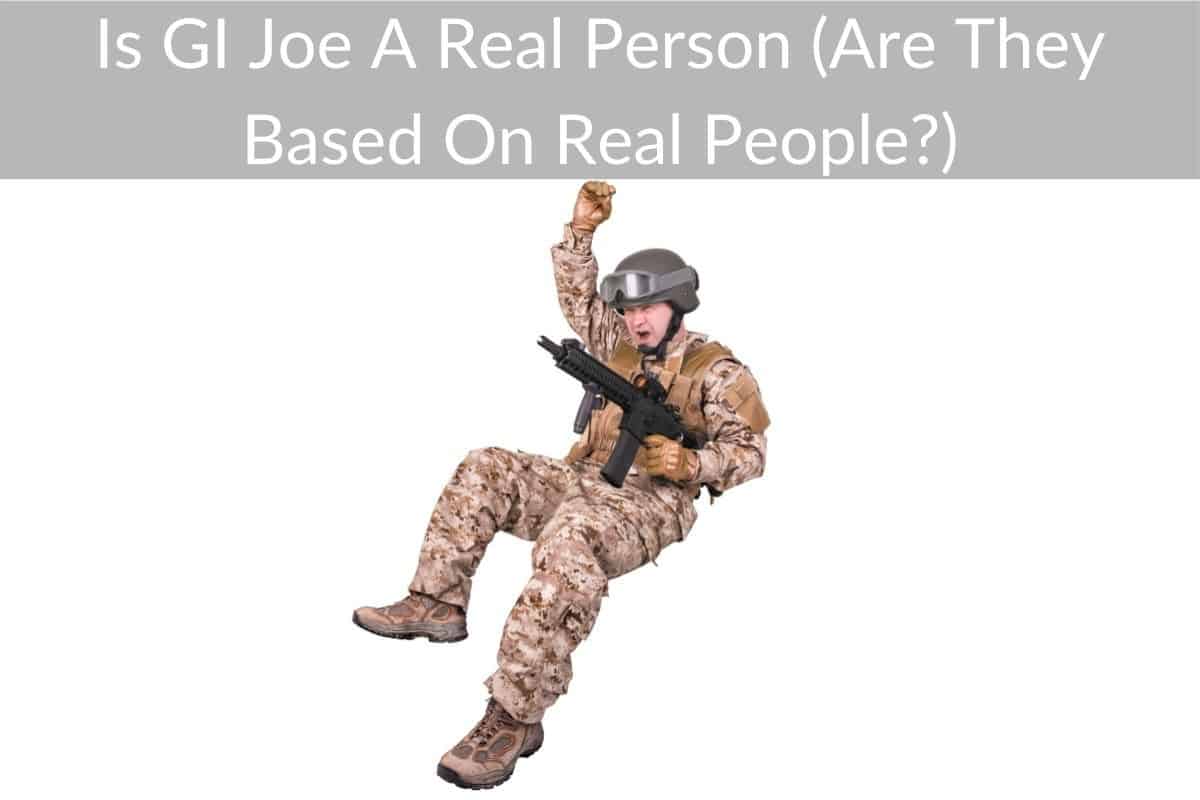 GI Joe was a wildly popular toy amongst little boys when it first came out. These are action figures based on countless militaristic characters. They include martial artists, explosive experts, and general soldiers.

Each GI Joe came with their own file card that entails their distinct personality traits and codenames.

These GI Joes include military veterans from conflicts dating back hundreds of years.

GI Joe is a media franchise and action figure line that is owned and produced by Hasbro. When the original GI Joe action figures were released, they represented four of the military branches with the Action Soldier, Action Pilot, Action Sailor, and Action Marine. Later on, they added the Action nurse to the line.

The original line was released in 1964 during the Cold War.

These figures wore uniforms representing the U.S. military and had 21 moving parts. In 1982 they rereleased the line to take and included playsets, complex background stories and vehicles.

The line started evolving and eventually became the Real American Hero series. The members of the GI Joe team have expertise in many different areas including martial arts, explosives, and weapons.

​What Are The GI Joe Movies?

​GI Joe started out as a popular toy among children. With this idea came the rise of the GI Joe comics and even a media franchise.

​There are four GI Joe movies, two have been released and another two are currently in the works. These are G.I. Joe: The Rise of Cobra, G.I. Joe: Retaliation, G.I. Joe: Ever Vigilant and Snake Eyes.

​In 2009 the first GI Joe movie was released. This storyline is based on a team of elite soldiers, known as GI Joe, who travel around the globe to wherever their services are needed.

These soldiers are equipped with the latest in military spy technology and in this film they take on Destro, a corrupt arms dealer, and fight against the growing threat of the Cobra.

​The second movie, G.I. Joe: Retaliation, was released in 2013. In this story line the team faces a two-fold threat. Cobra is on the rise, but there is also a threat from within the United States government.

​G.I. Joe: Ever Vigilant, the third movie in the series, was set to be released in 2020, but due to the covid-19 pandemic production was put on pause and the release date was pushed back.

This ended up giving Snake Eyes (which was set to be the fourth film) precedence.  The release of Snake Eyes had continued to be delayed due to the pandemic, however a new release date of July 23, 2021 was given.

This will hopefully allow for a release of G.I. Joe: Ever Vigilant soon.

​The plot of Snake Eyes involves an ancient Japanese clan called the Arashikage as they welcome Snake Eyes after he saves the life of their heir. The clan teaches Snake Eyes the ways of the ninja warrior and provides him with a home, something he has been longing for.

As questions of his past start to surface his honor and allegiance are tested.

​Hopefully we can see a release of G.I. Joe: Ever Vigilant soon.

​Is There A GI Joe Game?

GI Joe is a very popular franchise that has released toys, movies, comics, tv series and more. These action figures are based on countless militaristic characters.

They include martial artists, explosive experts, and general soldiers. Each GI Joe comes with their own file card that entails their distinct personality traits and codenames.

​G.I. Joe: Operation Blackout is a video game that was released in late 2020. It is a third person shooter game released for Microsoft Windows, PlayStation 4, Xbox One and the Nintendo Switch.

It is considered an adventure and third-person shooter game. Players of the game take on the role of 12 members of the G.I. Joe team and Cobra organization.

The storyline of the game bounces back and forth between the G.I. Joe team and the Cobra group. This gives longtime fans a chance to play as the G.I. Joe team, but also play as some of their favorite villains along the way.

​In most of the levels of the game, you can choose between two characters, each of which has their own weapons. Other weapons can be found and traded out in the levels.

The missions in the game are fairly basic and usually entail players travelling through the area and taking out B.A.T.’s and performing a variety of other tasks along the way.

​Is There A GI Joe Comic?

​G.I. Joe is a popular franchise that has released everything from toys and video games, to movies, tv series and comics. Their popularity started in 1964 with the original release of the toy line.

​Licensed by Hasbro, G.I. Joe comics have been released, with minimal interruptions of more than a year, from 1967 to the present day. The story line has been covered by three publishers and four main-titles series.

​The first GI Joe comic  series was produced by Marvel Comics. It ran for 155 issues between 1982 and 1994. The second and third series were published by Devil’s Due Productions between 2001 and 2008 totaling 80 issues during its life there. The fourth series is published by IDW Publishing and started in October of 2008.

The G.I. Joe comics have also been responsible for spawning several different spin-off titles during the course of the series.

​The comic book series follows the G.I. Joe team as they fight against their nemesis Cobra. The Cobra organization, also referred to as Cobra Command, is a fictional terrorist organization in the G.I. Joe franchise.