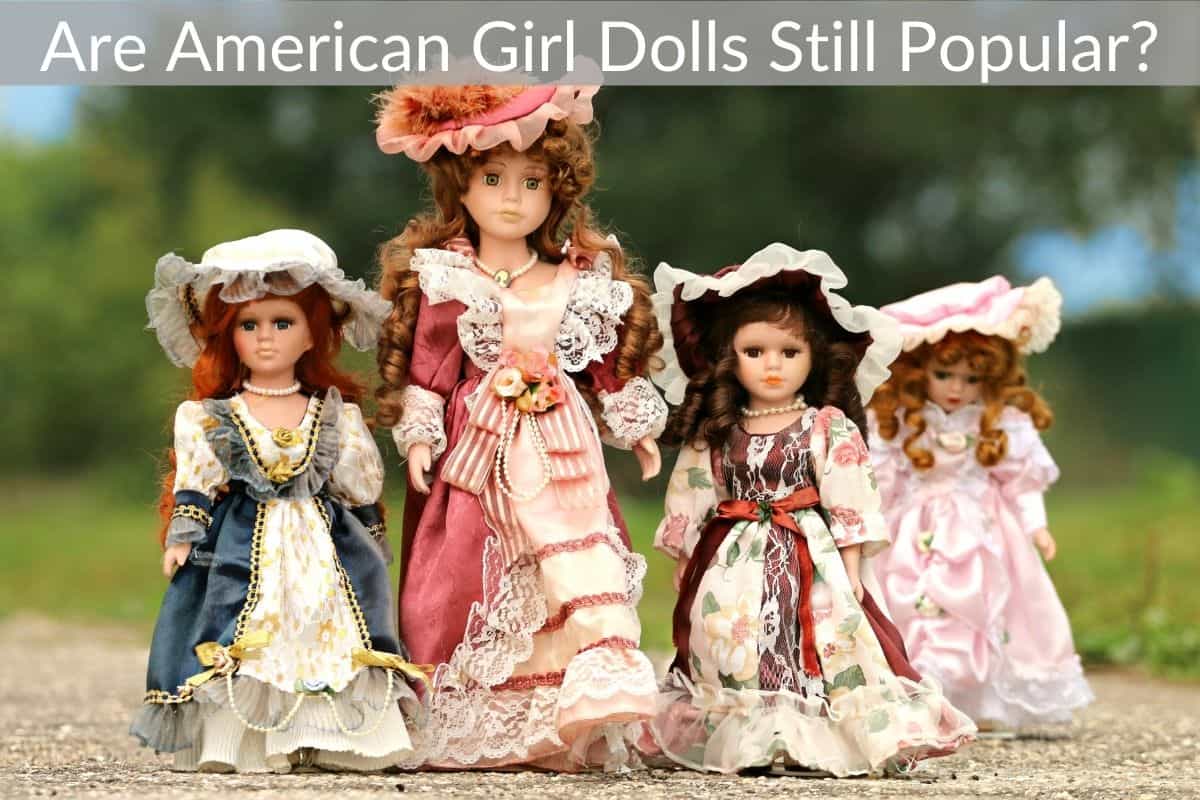 The American Girl Dolls are a line of dolls that the Pleasant Company started manufacturing, and released to the public in May of 1986.

The American Girl Dolls are 18 inch dolls that portray 8 to 12 year old girls of diverse ethnicities, classes and faiths. They also represent girls from various periods in history.

The American Girl Dolls are sold with a set of books to accompany them and the books tell the story of each doll from that particular doll’s perspective.

Each doll comes with 4-6 small books.

The company has gone on to expand its empire and now American Girl Doll stores boast cafes, doll hospitals, and now has a strong online presence.

The Pleasant Company has been the recipient of the prestigious Oppenheim Toy Portfolio Award.

In 2017 there was another option added for American Girl Doll customers. The American Girl Dolls can now be uniquely customized down to skin tone and eye color by a buyer to make the doll look like themselves, or someone they are gifting the doll to.

More recently, some of the American Girl Dolls that were manufactured included narratives about contemporary life.

Many different lines of American Girl Dolls have been released over the years.

“Historical Characters” were American Girl Dolls that are based on historical events that have happened over the decades. Each character was extensively researched by historians and advisory boards to ensure the doll would be portrayed as accurately as possible.

Scouts even went to the locations written about in the books, to gather as much information as they could about the history of the area.

Pleasant Rowland (the founder of Pleasant Company) was a teacher and a textbook writer who came up with the idea of dolls to represent historical periods in time, after a family trip to Colonial Williamsburg, Virginia inspired her. The books for the “Historical Characters” dolls are written for girls around 8 years old.

The books introduce and cover significant topics in a way that younger readers can understand.

These Bitty Baby Dolls come with their own line of clothing, furniture and accessories. This line has been the longest running of the American Girl Dolls that are smaller than 18 inches.

“Wellie-Wishers” were introduced in 2016 as a product that would be appropriate for children who were too old for “Bitty Babies”, but maybe too young for “Historical Characters”. Most of these dolls were dressed in Wellington boots (Wellies), and their stories centered around gardening.

These dolls were 14.5 inches long.

From 2003 to 2006 there was a line of American Girl Dolls manufactured that was named “HopScotch Hill School” dolls. These dolls were for elementary school children and were 16 inches in length. There were 4 dolls in this line.

Each doll came with a book about a basic theme.

These themes included topics such as washing your hands and being a good sport. These books included a “Dear Parent” section, with activities that were created by teachers and child development specialists. The activities were aimed to teach and build life skills.

2001 saw the introduction of a book series. A plush toy character based on the storyline in each book was sold with it. Four dolls of various sizes were available but this line was eventually sold to a major retailer in 2004.

The magazine was started by the Pleasant Company in 1993. It was a bi-monthly printed magazine that was aimed towards girls ages 8 – 14 years old. It included stories, recipes and activity ideas. It was discontinued in 2014, since most of the information traditionally printed in the magazine could be found online.

The American Girl Dolls have historically been a bit pricey because of the quality of materials and production. Many of the children who were given these dolls as gifts as they were growing up are now adults with children of their own. These dolls are being passed down to the next generation, and are still being played with.

Accessories, furniture and clothing are available at the beautiful American Girl Doll stores, but are also available at online retail stores.

Some have even gone on to be historians, history teachers, politicians and civil rights activists.

American Girl Dolls are beautiful dolls that continue to retain their value and some are now collectable.